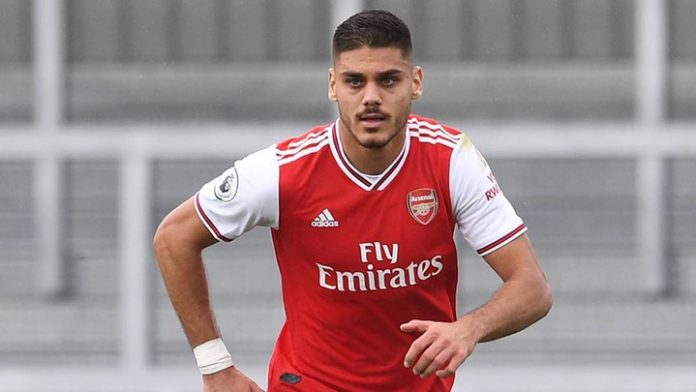 Arsenal defender Dinos Mavropanos has joined German Bundesliga side  Vfb Stuttgart on a permanent transfer after being loaned to the club for the past two seasons.

Mavropanos failed to break into Arsenal’s first eleven during his time at the club which led to his loan move to Stuttgart for the past two season. The Greek defender’s performance for the German side led to his permanent move to the club with a return to Arsenal being unlikely due to the number of defenders currently in the ranks of the Gunners.

Arsenal released an official statement on their website to confirm Mavropanos’ permanent move to Stuttgart.

“Dinos Mavropanos has joined Bundesliga side Vfb Stuttgart in a permanent transfer. The 24-year-old defender has spent the past two seasons on loan with Stuttgart, where he has become an integral part of the German team’s squad,” the club stated.

“The Greece international also enjoyed experience in Germany during the 2019/20 season, making 12 appearances with FC Nuremburg in a loan spell from January 2020.

“Dinos joined us in January 2018 from Greek side PAS Giannina and made eight first-team appearances during his time with us.

“We thank Dinos for his contribution and wish him all the best with Vfb Stuttgart. The deal is subject to the completion of regulatory processes, with the registration for Dinos to officially become a Stuttgart player completing on July 1, 2022.”

Here is what Mavropanos said after joining Stuttgart on a permanent transfer: “I’ve always given my best and will continue to give my best for this great club. The trust of the management and the affection of the fans in Stuttgart serve as a great motivation for me.”