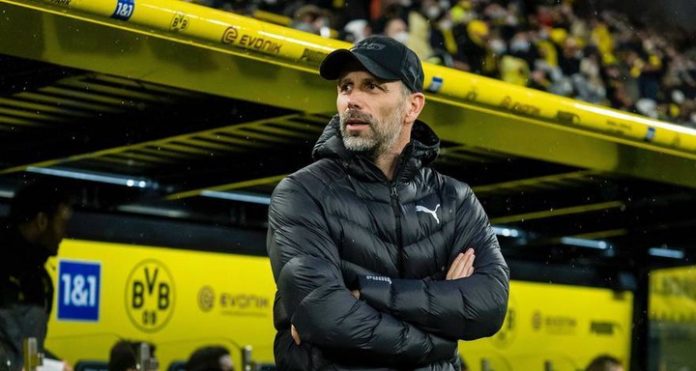 European giants Borussia Dortmund has sacked their manager Marco Rose despite the German manager securing UEFA Champions League spot for the Bundesliga side this season.

Marco Rose joined Borussia Dortmund from Borussia Mönchengladbach last year but has been sacked by the German top side. His assistants Alexander Zickler, René Maric, Patrick Eibenberger were also sacked by the club.

Borussia Dortmund released an official statement on their website and Twitter official page to confirm the sacking of Marco Rose.

“BVB and Coach Marco Rose end their relationship. Following an intensive season analysis on Thursday, including Rose, Watzke, Zorc, Kehl, and Sammer, the club has decided to move forward, and wishes Marco Rose the best of luck in his next opportunity,” the club stated.

“Rose’s assistant trainer Alexander Zickler as well as René Maric and athletic trainer Patrick Eibenberger will also no longer work for BVB in the future. BVB would also like to thank them for the work they have done and their commitment during the 2021/22 season.”