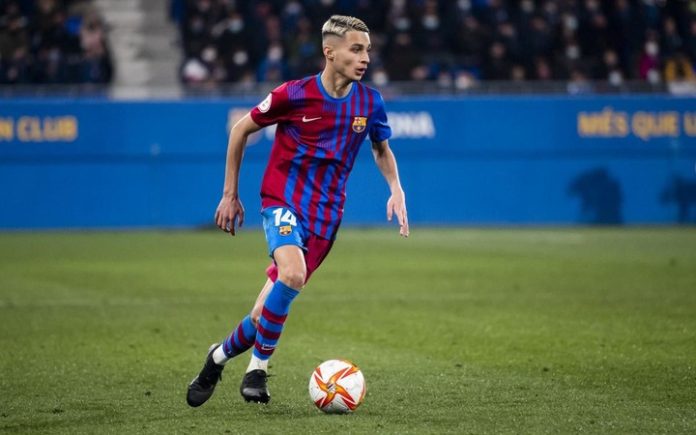 Barcelona have officially terminated the contract of French player Kays Ruiz. The 19-year-old returned to the club last summer from Paris Saint-Germain on a free transfer and signed a deal for three seasons with the option for another two.

After signing for the Catalans last summer, Barca inserted a €50 million buyout clause in his deal and confirmed it would rise to €100m if he featured regularly for the first team.

Barcelona released an official statement on their website to confirm the termination of Kays Ruiz’s contract with the club.

“FC Barcelona have informed the French player Kays Ruiz that his services are no longer required. The French midfielder’s spell as a blaugrana, therefore, has come to an end. The Club wishes him all the best for the future,” the club stated.

The youngster had made 11 appearances for Barcelona B side this season, contributing one assist to Sergi Barjuan’s side. There were rumours about the player’s attitude problems but he also struggled to make an impact this season because injuries.