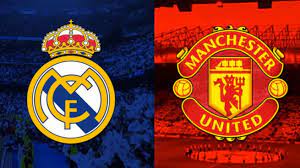 Manchester United are already preparing for next season as they identify players to add to their ranks in the summer.

The Red Devils are hoping to have a great 2021-22 season and one of their problems is in the defence department, several defenders have been linked with a move to Old Trafford and a move for World cup winner is on the cards.

According to reports in the Mirror, Real Madrid are ready to listen to offers for Manchester United target Raphael Varane in the summer.

Varane and his defence partner, Sergio Ramos have both been linked with a move to United but the France international could be heading to England in the summer if both clubs agree to a deal.

The World cup winner’s contract with Los Blancos will end in 2022 and the Spanish giants are interested in the idea of cashing on the defender before his contract elapse in order not to lose him for free.