What Will Qualifying for the Champions League Mean for Roma? 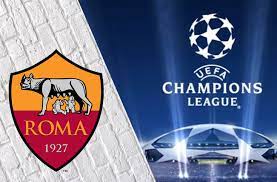 It is every European team’s dream to play in the prestigious Champions League. The likes of 11-time champions Real Madrid, former champions Liverpool, Barcelona, and defending champions Bayern Munich have established themselves as household names. In the Italian Serie A, Roma is one of the teams looking to finish among the top four but face tough competition from Juventus, Inter Milan, AC Milan, Napoli, Atalanta, and Lazio.

But why does qualifying for the UEFA Champions League mean so much for A.S Roma?

Excelling outside Italy translates to more wealth and fame for the side from the capital. Roma is already a big entity, but consistency is essential. A side that has given us unforgettable European nights, the most recent, and perhaps one of the most memorable in the world of football, the popular ouster of F.C Barcelona in Rome. It was moments like these that make UEFA Champions League online betting so beautiful.

Being part of the qualified teams alone brings clubs significant revenue from T.V broadcast rights. There is also prize money awarded to teams, but it is usually performance-based. These are some of the incentives that come with playing at the top, and Roma will most definitely want to stabilize their position as the league draws towards the end.

Typically, teams winning the UCL amass to the tune of 76 million Euros; the total revenue varies from team to team. It is not always the team winning the competition that takes home the most money. Expected revenue for each team participating in the competition is 550,000 Euros, 800,000 Euros for every win, and 400,000 Euros for a draw. Qualifying for the tournament for Roma translates to a sizeable growth in revenue, which could potentially enable the Roma hierarchy to sanction purchases for targeted players.

Watch out for the remaining Serie A fixtures and bet with Betway for exclusive markets on events taking place around the world.

Playing in the European Champions League is not always about the money. It is a prestigious experience not only for the players but for the fans too. Top players want to play in teams that give them a promise of playing in the top-most competitions, one of which is the Champions League. To individual teams, the UCL is what the FIFA World Cup is to national teams across the globe.

Roma are currently fourth on 44 points after 23 matches, nine points behind leader Inter Milan, and four points above Napoli, who are placed seventh. Italy is considered one of the elite European leagues where teams finishing among the top four get automatic qualification for the European Champions League.

Going into the final quarter of the remaining Serie A fixtures, it’s expected to be very competitive, and the Giallorossi are well aware of that. As they look at the sides above them, they will also be wary of the threat posed by those trailing them. Atalanta look to be hitting top gear at the right time. They outclassed fellow top-four contenders Napoli 4-2 while Roma’s crosstown rivals Lazio also picked three points. The ground is level for all sides in the top 7.

All, except leaders Inter Milan have continental assignments awaiting them. Roma’s next task is a Europa tie against Portuguese side Sporting Braga on Thursday. You can bet with Betway on their mobile app or the official website for this and many more fixtures.

5 Benefits of Mobile Apps for Betting