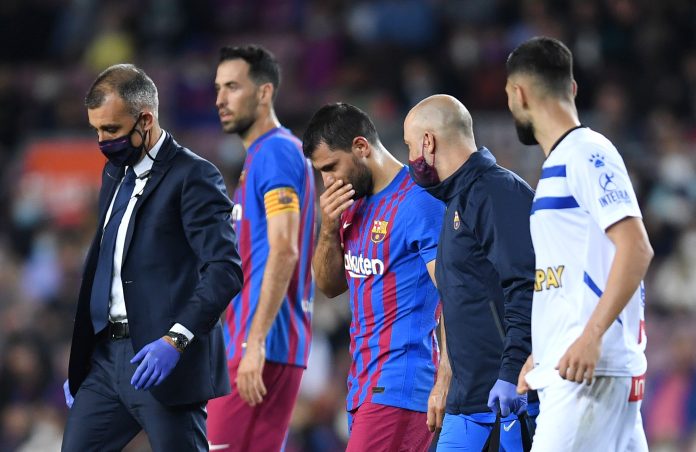 Barcelona striker Sergio Aguero has called time off his career in football. The former Manchester City star announced his retirement from the sport on Wednesday.

The Argentine international was confirmed injured a few months back due to some issues with his heart. He was substituted in Barcelona’s match against Madrid-based side Rayo Vallecano.

Aguero confirmed his retirement from football on Wednesday afternoon during a press conference organised by Barcelona.

“My health comes first. Medical staff have told me it’s best to stop playing, and so I’m now leaving Barcelona and retiring from professional football,” he said.

“I want to share my gratitude to everyone, regardless of where I’ve played, Atlético Madrid, Manchester City, Barça.”

Aguero capped off his legendary status in the game with a goal against Spanish La Liga giants Real Madrid, which happened to be his only goal for Barcelona after just joining them in the summer from Manchester City.