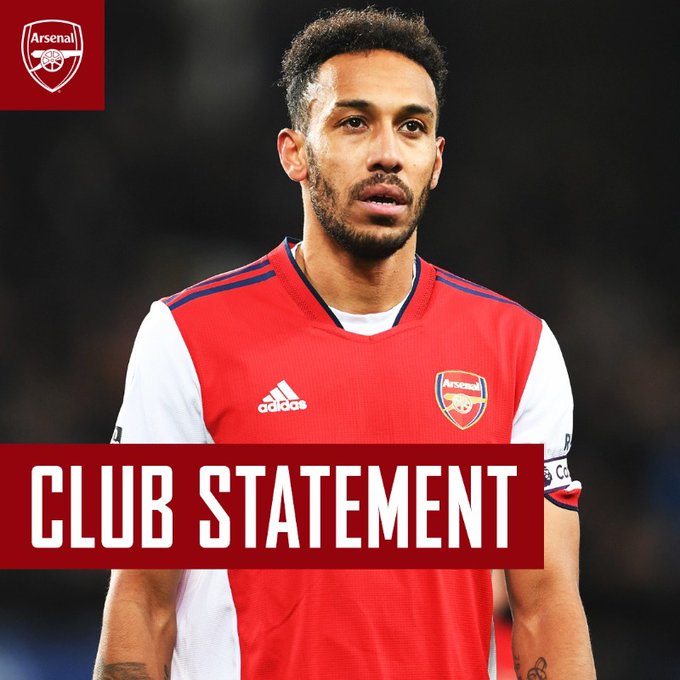 Arsenal has axe Gabonese striker Pierre-Emerick Aubameyang as the captain of the club.

The North London side decided that the former Borussia Dortmund striker will cease their club captain after his latest disciplinary breach.

Aubameyang was left out of Arsenal’s last game against Southampton at the Emirates Stadium, and won’t be selected for their London derby against West Ham United on Wednesday.

Arsenal released an official statement on their website to confirm their latest decision on Aubameyang’s situation at the club.

“Following his latest disciplinary breach last week, Pierre-Emerick Aubameyang will no longer be our club captain, and will not be considered for selection for Wednesday’s match against West Ham United,” the club stated.

“We expect all our players, particularly our captain, to work to the rules and standards we have all set and agreed. We are fully focused on tomorrow’s match.”