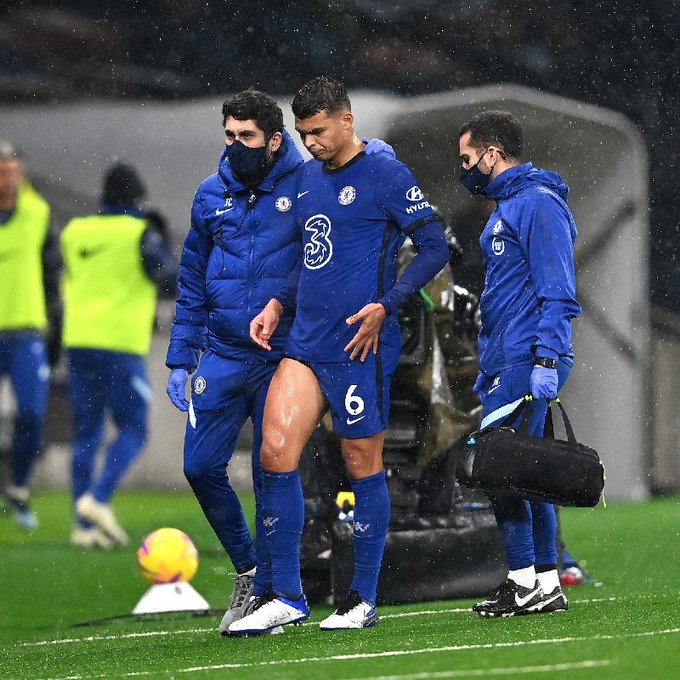 Chelsea secured a vital three points in their quest to make top four this season as they defeated Jose Mourinho led Tottenham 1-0 at the White Hart Lane on Thursday night.

Jorginho’s first-half penalty gave the Blues the deserved win over Spurs as they move up on the Premier League table.

Despite the win, there is a bit of bad news for the Blues as they lost one of their players to injury very early in the game.

Summer signing, Thiago Silva came off with an injury to his upper leg having stretched for a ball.

After the game, Thomas Tuchel confirmed that it will be hard to have the Brazilian back for the Sunday’s game.

“It will be very tight for Sunday’s game, only two days recovery,” he said.

“It is too early to give a diagnosis because I saw him very briefly with a big strap around his muscle. We will have to wait until tomorrow so we can confirm it but I think for Sunday he is a big doubt.”