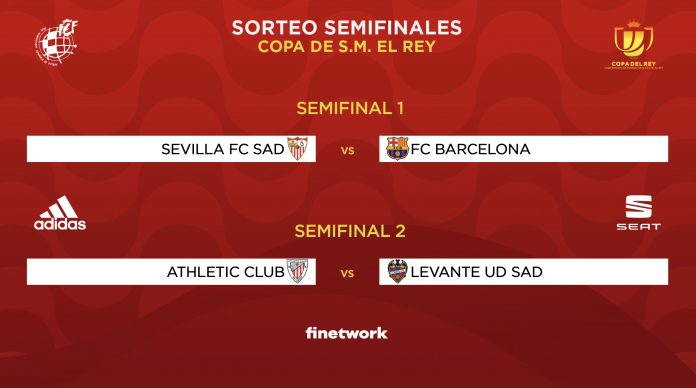 Barcelona got through to the Copa Del Rey semifinals after defeating Granada 5-3 in the quarter-finals. The Catalans will now face Sevilla in the semi-finals of the Copa del Rey.

Barcelona are the most successful teams in Copa del Rey history and will hope to add another title to their ranks this season.

On the other hand, Athletic Bilbao will face Levante in the second semifinals of the competition with the former hoping to make it final.

If Athletic Bilbao makes it into the final, they will have the opportunity of playing in double finals of the competition as last year’s finals between them and their bitter rivals Real Sociedad is yet to take place.

Here is the full draw of the semifinals