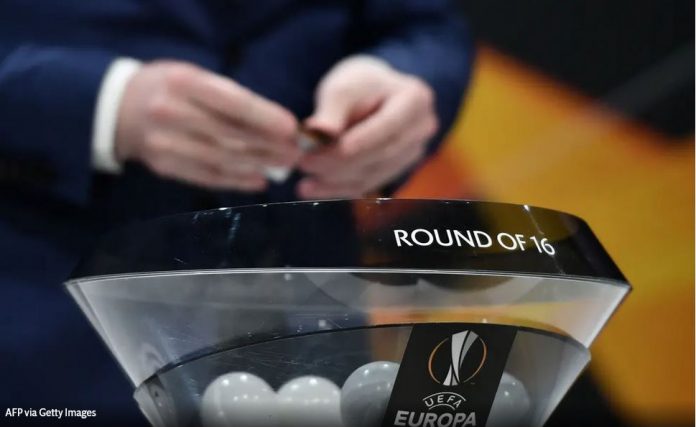 UEFA Europa League competition have move to the next stage after the conclusion of the round of 32 phase yesterday.

Top teams like Arsenal, AC Milan, Manchester United and Tottenham all booked a place into the next phase with Leicester City and Napoli knocked out of the competition.

The round of 16 draw was held today at the House of European Football in Nyon, Switzerland with some of the top teams getting a tough tie.

Manchester United will welcome Zlatan Ibrahimovic back to Old Trafford after the Red Devils were paired with Italian giants AC Milan.

Arsenal will get a chance for revenge against Olympiacos, the team that knocked them out of the competition last season while their North London rivals Tottenham will face Dinamo Zagreb.

Super Eagles stars, Joe Aribo, Leon Balogun and Peter Olayinka will face each other in the next round as Rangers were paired with Slavia Prague.

The first legs of the mouthwatering ties are scheduled for Thursday 11 March, with the second legs on 18 March.

AS Roma vs Shakhtar Donetsk