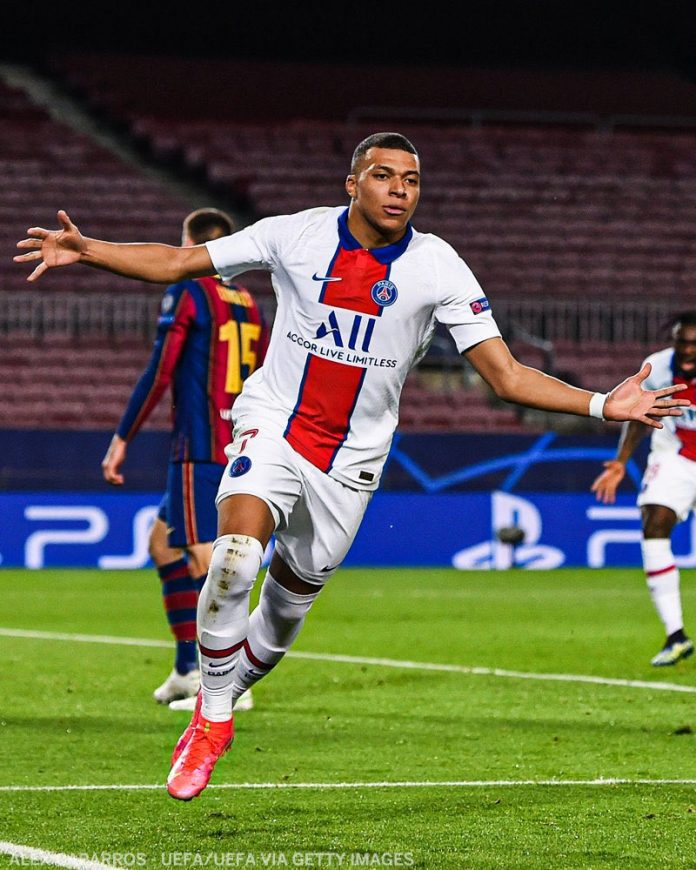 Paris Saint-Germain will be back in action tomorrow in the UEFA Champions League as they will face Manchester City in the second leg of the semifinal stage.

The last season’s finalist released their official squad to face the Premier League giants with Kylian Mbappe returning to the squad after fears of him missing out due to injury.

Mbappe was reportedly injured in their last game in Ligue 1 but he is back with the squad in their trip to England.

PSG will be without two of their first-team players with Juan Bernat ruled out due to a knee injury while Idrissa Gueye is suspended after being sent off in the first leg.

Mauricio Pochettino’s side face a huge task ahead after losing the first leg at home 1-2. A win at the Etihad Stadium is a must for the Ligue 1 side and must be two goals up.