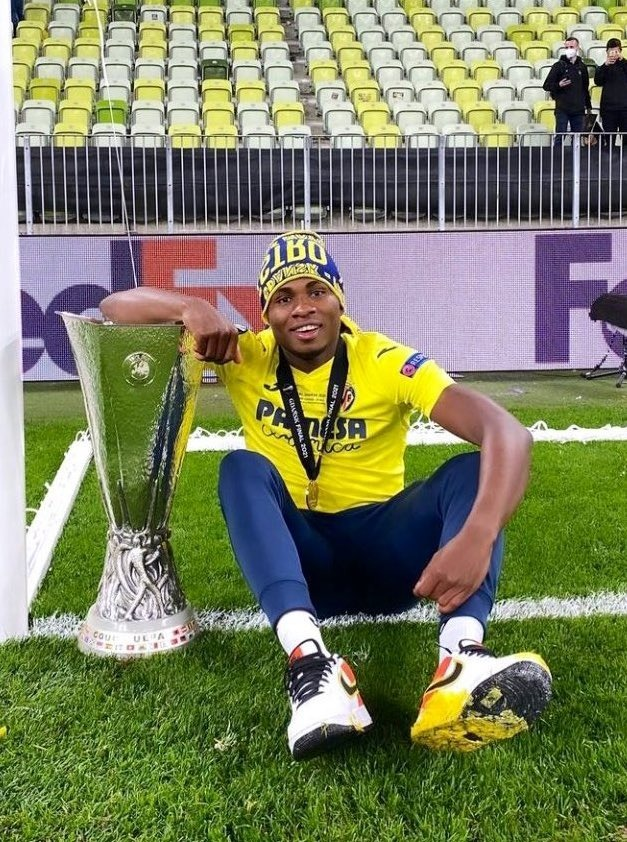 Super Eagles star, Samuel Chukwueze has been crowned Europa League champions after his team Villarreal defeated English giants Manchester United in the finals of the competition.

Chukwueze was not included in the squad that got the win in the final due to injury but was in a joyous mood when his team took the trophy.

He was injured in the semi-finals against Arsenal at the Emirates stadium.

Villarreal won on penalties after 120 minutes of play with the match ending in a 1-1 draw.

The Nigerian international took to his official Instagram page to react to his team’s victory in the Europa League.