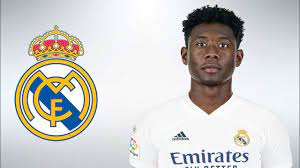 The Austrian defender signed a four-year deal with Los Blancos which will see him earn 11 million euros per season.

Real Madrid confirmed the signing of Alaba on a free transfer on their official website on Friday evening.

“Real Madrid C. F. has reached an agreement with David Alaba for the player to join the club for the next five seasons,” the club stated.

The Spanish giants went further to confirm that the former Bayern Munich defender would be unveiled after the Euros.

“David Alaba will be unveiled as a new Real Madrid player after the end of the 2021 European Championship.”