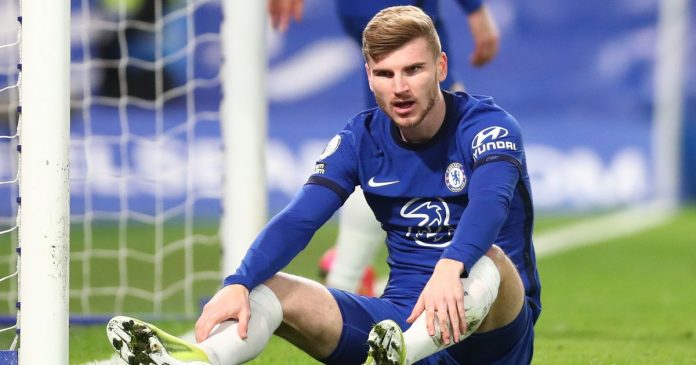 Chelsea striker, Timo Werner has been under so much criticism all through the season which has led to rumours linking him away from Stamford Bridge in the summer.

The German international joined Chelsea in the summer from Bundesliga side Red Bull Leipzig for £47.5million, but his form in front of goal for the Blues can’t be compared to his time back at his country club.

Werner in an interview with Daily Telegraph confirmed that he is not leaving Chelsea in the summer but accepted that it was a bad season for him in terms of missing chances.

The former Stuttgart striker is not that bad this season as he got 27 goal contributions which is the highest for any Chelsea player this season, but his six goals from 35 appearances in the Premier League was not a feat he is proud of.

Werner would have to redeem himself with a top-class performance at the Euros next month and in the UEFA Champions League final against Manchester City with the Blues already showing strong interest in bringing back former striker Romelu Lukaku from Serie A side Inter Milan.