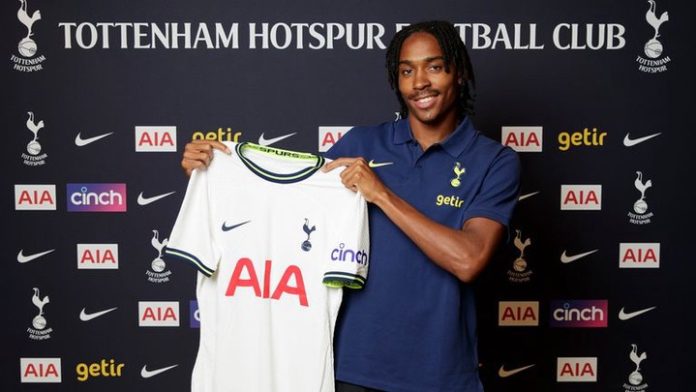 Tottenham Hotspur has announced Djed Spence as their sixth summer signing ahead of next season. The youngster joins the North London club from another English club Middlesbrough for a reported fee of £12.5m but could rise to a total in the region of £20m with add-ons.

The right wing-back completed a medical at Hotspur Way on Friday and signed a five years contract with the London club. But Spence has become Spurs’ sixth major signing of the season, following the arrivals of Ivan Perisic, Fraser Forster, Yves Bissouma, Richarlison and loanee Clement Lenglet.

Tottenham released an official statement on their website to confirm the signing of Spence from Middlesbrough.

“We are delighted to announce the signing of Djed Spence from Middlesbrough. The right-back has signed a contract that will run until 2027,” the club confirmed.

The 21-year-old made 46 appearances on loan for Nottingham Forest last season and there was a chance he might have joined Steve Cooper’s side on a permanent deal this summer.