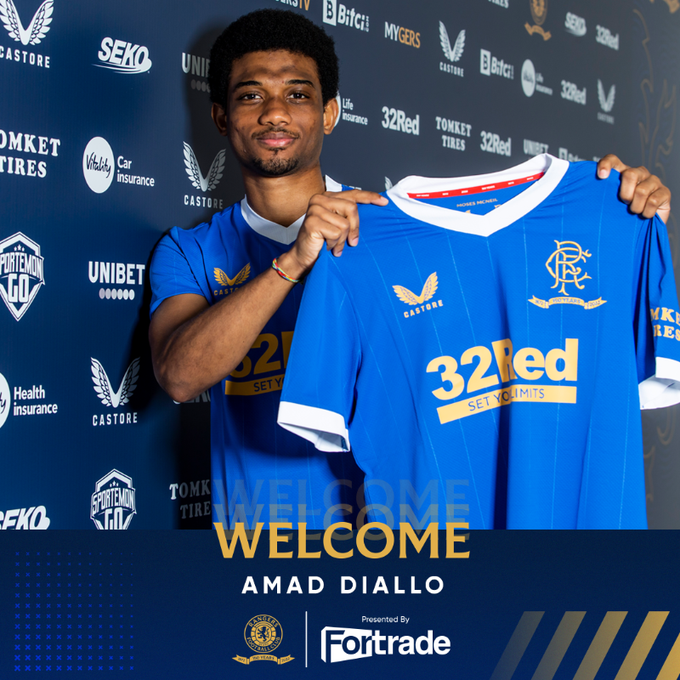 Manchester United forward Amad Diallo has joined Scottish side Rangers on loan until the end of the season. The Ivorian winger will work with former Barcelona defender Giovanni van Bronckhorst at the club.

Amad could break into Ralf Rangnick’s starting eleven which led to a loan move to Scotland so he could get more playing time. He will team up with Super Eagles stars Leon Balogun, Calvin Bassey, and Joe Aribo in Rangers.

“Manchester United youngster Amad has completed a loan move to Scottish champions Rangers until the end of the season,” the club stated.

“The Ivory Coast international joined the Reds from Atalanta in January 2021 and is viewed as one of the most talented young wingers on the European scene.

“So far, Amad has made nine first-team appearances for United and he memorably scored a superb goal against Italian giants AC Milan in the Europa League.

“Good luck for the rest of the season, Amad, we’re all behind you.”