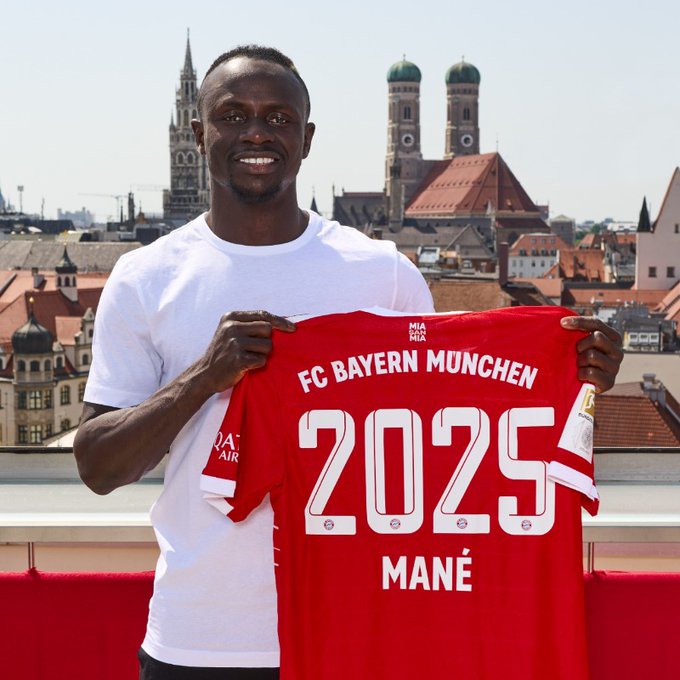 Bayern Munich has confirmed the signing of Sadio Mane from English Premier League side Liverpool for a reported fee of 41 million euro.

Mane ended his time at Liverpool under the tutelage of Jurgen Klopp and will link up with the likes of Leroy Sane, Serge Gnabry, and Robert Lewandowski at Bayern Munich next season.

FC Bayern Munich released an official statement on their website to announce the signing of Sadio Mane.

“FC Bayern have signed Sadio Mané from Liverpool. The 30-year-old attacker has agreed a contract with the German record champions until 30 June 2025,” the club stated.

Herbert Hainer, FC Bayern president: “Sadio Mané is a global star, who underlines the appeal of FC Bayern and will increase the attractiveness of the Bundesliga as a whole. Fans come to the stadiums to see such players.

“It’s great that our board led by Oliver Kahn and Hasan Salihamidžić have managed to sign a player like Sadio Mané for FC Bayern.”

Sadio Mané: “I’m really happy to finally be at FC Bayern in Munich. We spoke a lot and I felt big interest from this great club right from the beginning, so for me there were no doubts. It’s the right time for this challenge.

“I want to achieve a lot with this club, in Europe too. During my time in Salzburg I watched a lot of Bayern games – I really like this club!”