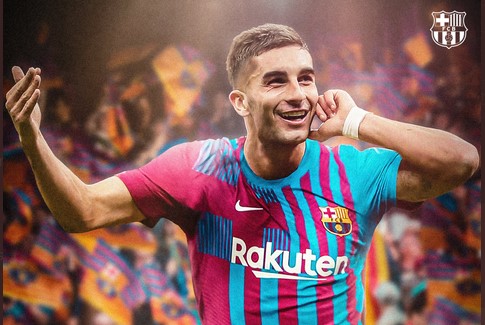 Barcelona have confirmed the signing of Manchester City forward Ferran Torres for an undisclosed fee.

The Spanish winger joined Manchester City few seasons ago from Valencia and he is now back to Spain after failing to break into Pep Guardiola’s starting XI.

Torres is Xavi Hernandez first signing as a Barcelona coach and he could be the solution to the Catalans lack of goals.

Manchester City confirmed Torres move to Barcelona with an official statement on their website.

“Ferran Torres has left Manchester City and completed a permanent move to Barcelona,” the club stated.

“The 21-year-old, who spent 16 months at the Etihad Stadium, scored 16 goals in 43 appearances for City in all competitions and he departs a Premier League and Carabao Cup winner, having helped the Club lift both trophies in his debut 2020-21 campaign.”