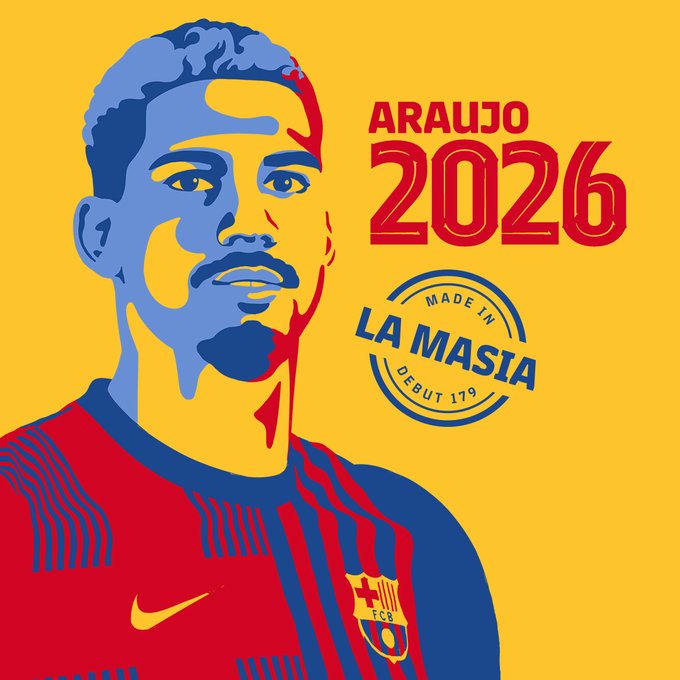 Barcelona star Ronald Aruajo has signed a new long-term contract with the club after being linked with a move to other clubs. The Uruguayan international signed a deal till 2026.

Araujo has been one of the best defenders in the Spanish La Liga this season and his performance for the Catalans led to so many Premier League top sides showing interest in signing him. A reports also confirmed that Real Madrid were also monitoring his situation at the club.

Barcelona released an official statement on their website to confirm Ronald Araujo new contract signing with the club.

“FC Barcelona and the player Ronald Araujo have reached an agreement to renew his contract until 30 June 2026. The buy out clause stipulated is set at €1bn,” the club stated.