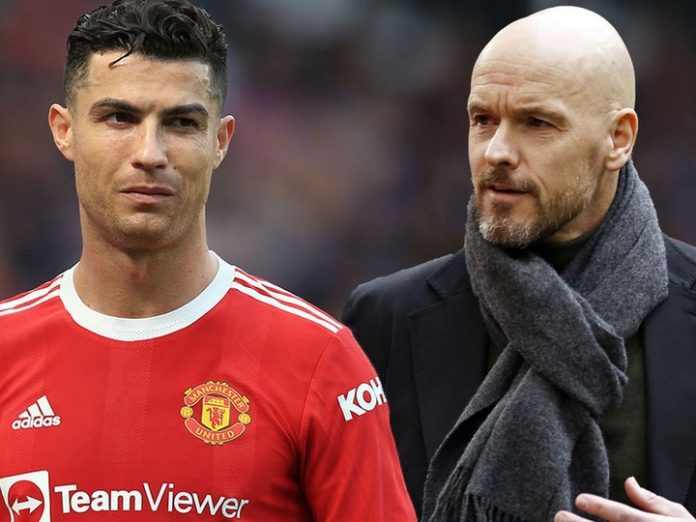 Manchester United new manager, Erik ten Hag has given an update on Cristiano Ronaldo’s future at the club. The former Ajax manager claimed that the 37-year-old striker is not for sale, and that the forward has not told him he wants to leave Manchester United.

According to reports, The former Real Madrid star was keen to leave Old Trafford to continue playing UEFA Champions League football and also challenge for title which lead to a strong interest from Premier League rivals Chelsea and German Bundesliga side Bayern Munich.

The former Juventus forward is not on Manchester United’s pre-season trip to Thailand for personal reasons, but speaking from Bangkok, Ten Hag said: “We are planning with Ronaldo for this season – that’s it. I’m looking forward to working with him.”

Asked if Ronaldo wants to leave, Ten Hag replied: “He hasn’t told me this. I have read, but as I say, Cristiano is not for sale, he’s in our plans and we want to get success together. I spoke with him before this issue came up. I had a conversation him and had a real good talk.”