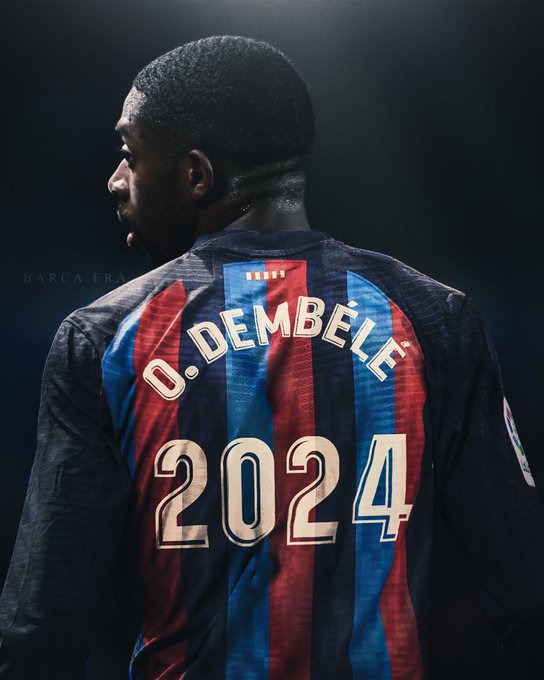 The former Borussia Dortmund forward will continue as Barcelona player for the next two seasons and will battle for a place in the starting eleven with newly signed Raphinha come next season.

The Frenchman was linked with a move away from Camp Nou this summer, with lot of top European sides showing interest. Chelsea, Paris Saint-German and Manchester United were all interested in signing the Barcelona forward but he has opted to stay at the Catalan club.

Barcelona confirmed Dembele’s new contract with an official statement released on their website.

“FC Barcelona and the player Ousmane Dembélé have reached an agreement for a contract until 30 June 2024,” the club confirmed.

Dembele will resume training with his teammates after signing a new contract and will hope to make France squad for the World Cup later this year.