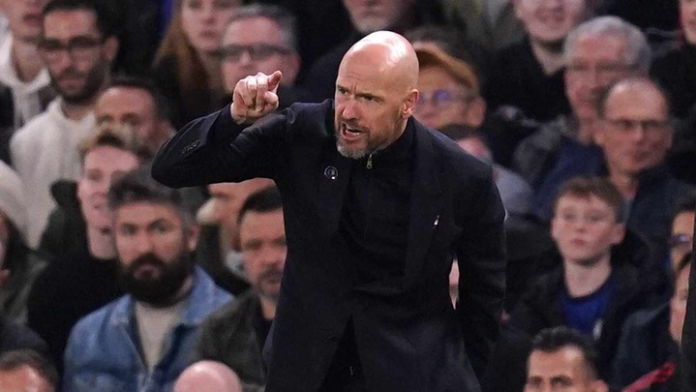 Manchester United scored a late goal to earn a point in their English Premier League clash with Chelsea at the Stamford Bridge on Saturday evening.

Chelsea scored the first goal of the game through Jorginho but a late goal from Casemiro earned a draw for the Red Devils.

After the game, Erik ten Hag reacted to his team’s performance and also spoke on Raphael Varane’s injury in the game.

Manchester United boss Erik ten Hag, speaking to BBC Sport: “I have to make a big compliment to my team. To fight back with a fourth game in 10 days, you see the spirit and how they deal with setbacks. Really good.

“First half Rashford had two big chances, Antony one against one. You have to score goals in such moments because in top games three chances is massive. You have to score. We dictated the game and I am happy with that. If you concede a goal late it is difficult. Eight minutes before half time we had some troubles but defence in the second half we didn’t have troubles. The second half we didn’t really create big chances, but also Chelsea didn’t.

“I think it is a fair result. I would have been disappointed if we had gone without a point because we didn’t deserve that. At the end of a tough week to come here, you bring the point home.”

On Varane: “It is difficult to say how it is now because it is so soon after the game. We have to wait 24 hours and then we will know what it is.”