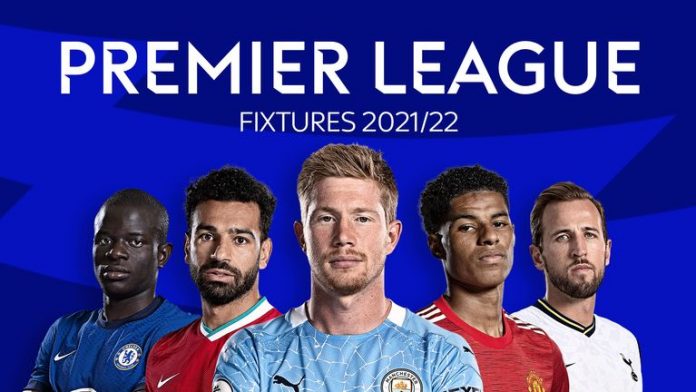 The 2021-22 Premier League season will begin on the 14th of August, 2021 with the fixtures being released on Wednesday.

Top clubs including Arsenal, Chelsea, Manchester United, Manchester City, Liverpool and Tottenham Hotspurs have all known their fixture for the upcoming season.

Manchester City will start their title defence with a game against Tottenham at the White Hart Lane. The Cityzens last visit to the stadium saw them lose to the host.

Arsenal will hope to put last season’s woes behind as they lock horns with newly promoted side Brentford in their opening game of the campaign.

Liverpool would face Norwich City in an away fixture as they hope to reclaim the Premier League title from the Cityzens.