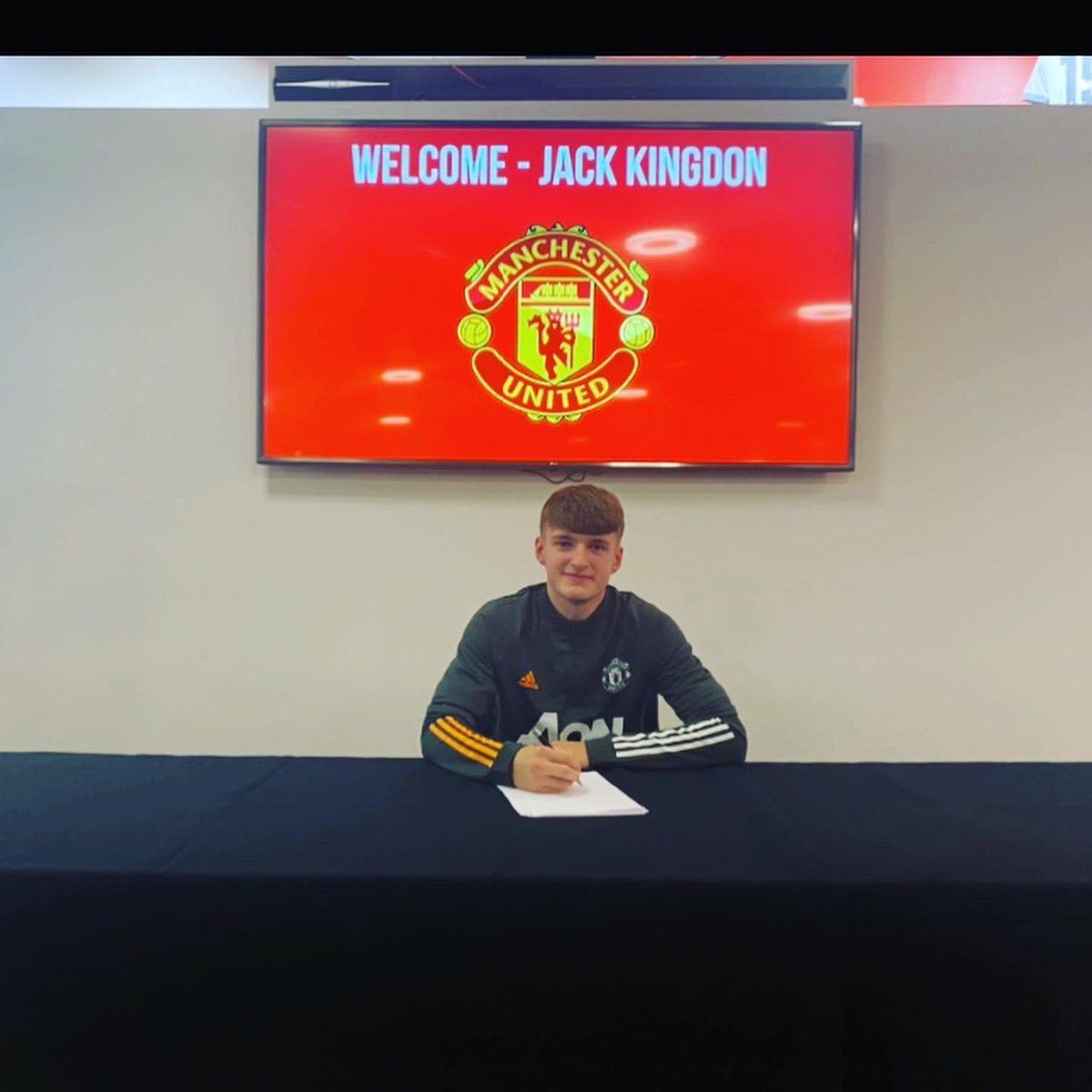 Manchester United are preparing for the future and they snapped up yet another young player.

The Red Devils signed young defender Jack Kingdon ahead of other suitors who are also interested in bring the youngster to their club.

The deal to United was confirmed by the youngster on his official Twitter account with a picture of him signing the contract paper in the Red Devils training kit and adding a caption.

The youngster wrote: “I’m very honoured and proud to be a part of this special club Man United.”

According to reports in Manchester Evening News (MEN), Kingdon will team up with Man Utd under 16 side despite playing for the under 18 side at Morecambe.

According to scouts reports on Kingdon, he is a fast centre-back who has shown huge promise in action for Morecambe and will be another one to watch in the United academy.