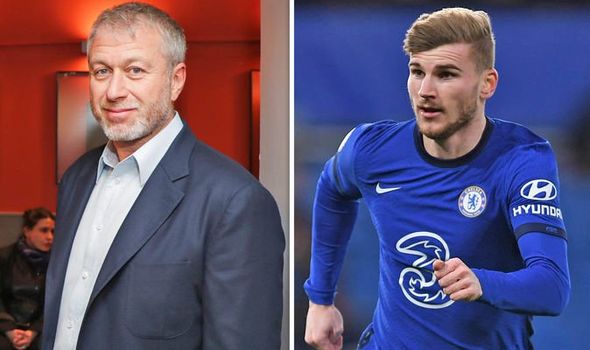 Chelsea summer signing, Timo Werner has been criticised so many times about his form for the Blues this season and one of the Premier League’s legend has advised the club owner, Roman Abramovich, to consider replacing the German international this summer.

Former England and Arsenal striker, Ian Wright has urged the Blues boss to replace the German striker due to his form in front of goal this season.

Werner moved to the Premier League from RB Leipzig last summer for a reported fee of £47.5m but he has failed to live up to expectations this season.

The former Bundesliga star has scored five goals and set up another five in 28 appearances in the Premier League this season.

Wright believes if Chelsea can secure a swap deal for Werner with a better striker, Chelsea will dominate the Premier League.

The Arsenal legend reiterates the fact that Chelsea are currently solid in defence and midfield areas but lack finishing which shows in their number of goals scored under Thomas Tuchel.

Wright claimed that even if the confidence of Werner is low, he shouldn’t be missing the glorious chances he sees while playing for the Blues.

“When you look at him [Timo Werner] and the chances he misses, no matter how low your confidence is, he shouldn’t be missing those for the calibre of striker he’s supposed to be,” the Arsenal Legend said.