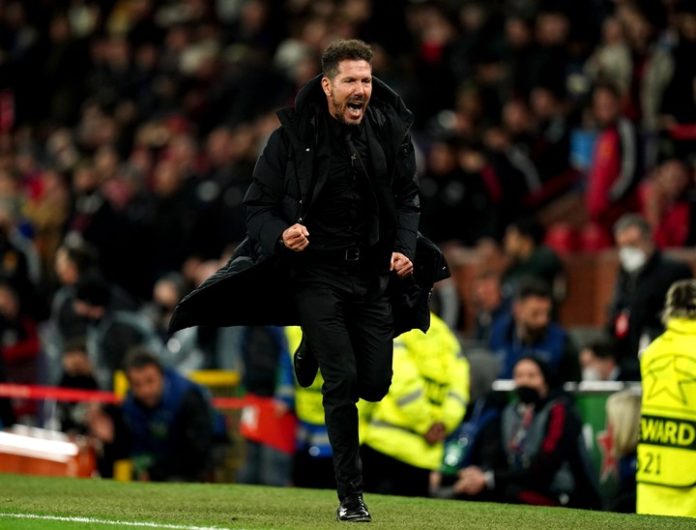 Atletico Madrid are through to the quarter finals of the UEFA Champions League after defeating Manchester United in the second round of the competition. The Spanish side claimed a 1-0 win at Old Trafford to book a place in the last eight on Tuesday.

Brazil international Renan Lodi scored the only goal of the game as the tie ended in a 2-1 win for the Rojiblancos on aggregate.

Cristiano Ronaldo has been a nemesis for Diego Simeone’s side in the UEFA Champions League but this time around the Argentine came out victorious. After the game, the Argentine manager reveals the tactics and approach he used in getting the win over the Red Devils.

﻿Atletico Madrid boss Diego Simeone: “I’m happy. So many people work hard so we can have these moments. It was a brilliant effort from the lads, one of our best games this season.

“We started with a 5-3-2 then changed to a 5-4-1 with Antoine Griezmann on the right of midfield and Renan Lodi growing more and more on the left.

“Lodi’s doing really well. He had to wait a long time [to get in the side], but football is marvellous because when you train hard and are ready to go, there’s always a chance for you. The defence were brilliant and Jan Oblak helped us remain calm throughout. It was a real team effort.”