UCL: Bruno Fernandes Reveals Why He Gave Rashford The Penalty Despite Being On Hat-trick 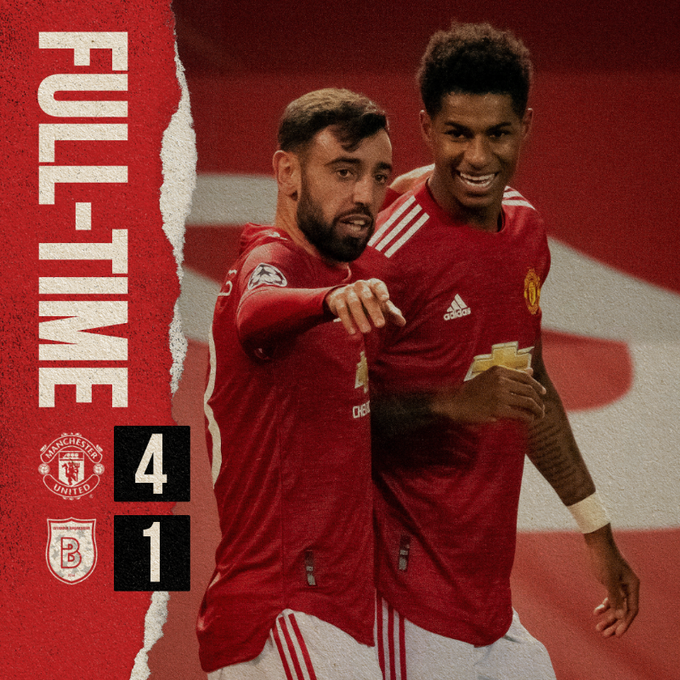 Bruno Fernandes was integral for Manchester United yet again as he scored a brace in Tuesday’s 4-1 Champions League win over Istanbul Basaksehir, taking them a step closer to the last 16.

Man United’s Bruno Fernandes speaking to BT Sport: “I think we played really well. We started the game with the right mentality – strong, intense. First half was important to get three points today.”

On his goal: “It was a really good goal – I always say we need to be ready outside of the box to these kinds of situations or sometimes to stop the counter. This time was to shoot maybe next time I will have to fall and take a yellow card.”

On giving penalty to Marcus Rashford: “Of course every player wants a hat-trick. But after the game in the Premier League I told Rashford that he could take the next one so I remembered that and also he’s one of the top scorers in the Champions League so it’s important for him to get the confidence. It doesn’t matter who takes the penalty as long as the team scores.

“We’re in a good position but can’t relax – we have to think of the Premier League now and win the next game on Sunday and after that we don’t have much time but we have some time to think of the next Champions League game.”