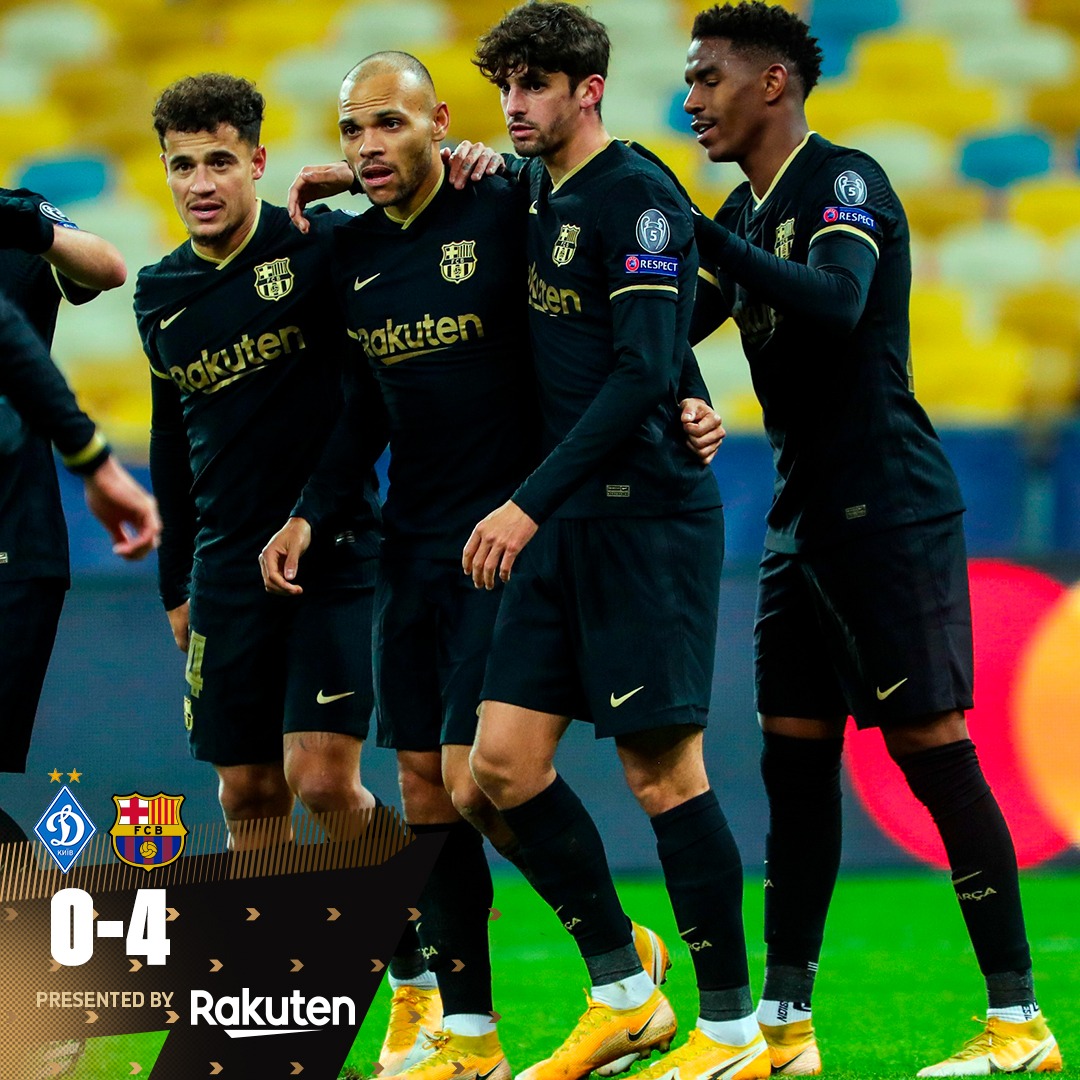 Barcelona made it four wins out of four Champions League games with victory over Dynamo Kiev thanks to Martin Braithwaite’s brace.

After the game, Ronaldo Koeman shower praises on Mingueza who had a great game on his debut for Barcelona first team.

“We achieved our goal, which was to get a good result and qualify for the round of 16. The team has shown energy, we lacked effectiveness in the first half, but we had it in the second half. We can be very happy.”

“Rest or a reward? It’s a bit of each. There are players who work every day to have minutes, and today they’ve been able to get rewarded.”

“Mingueza? Today he has shown that we can count on him. He has been training with us for 5-6 weeks. He has given us a good impression, and today he has fulfilled, like many others.”

“I liked the collective image we showed today. That’s what we want.

“Antoine has played almost everything, today he has only played half an hour for physical reasons.”