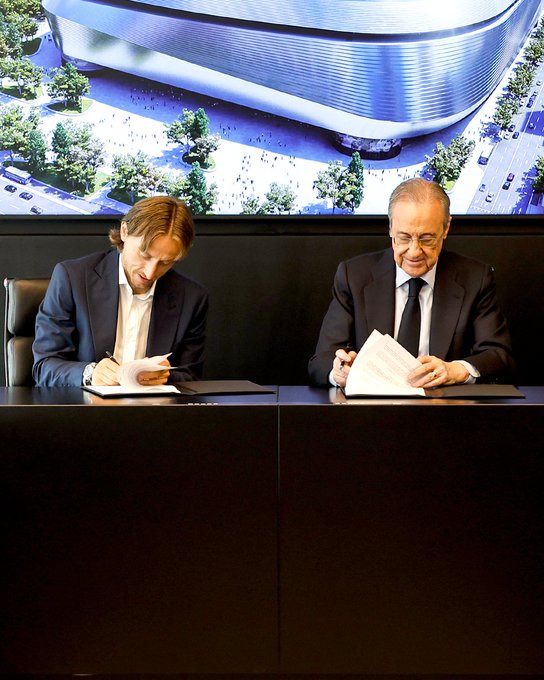 Real Madrid star Luka Modric has signed a new deal with the Spanish La Liga giants. The Croatian international signed a new contract that will keep him at the club for one more season.

Modric had signed one year deal last summer with an option for an additional year if he performs well. The former Tottenham midfielder put up a great performance in the 2021-22 season which earned him a new contract.

Next season will be Luka Modric eleventh season in Real Madrid and he has won so many trophies including five UEFA Champions League triumphs.

“Real Madrid C. F. and Luka Modrić have agreed to extend the player’s contract, who remains linked to the club until June 30, 2023,” the club confirmed.