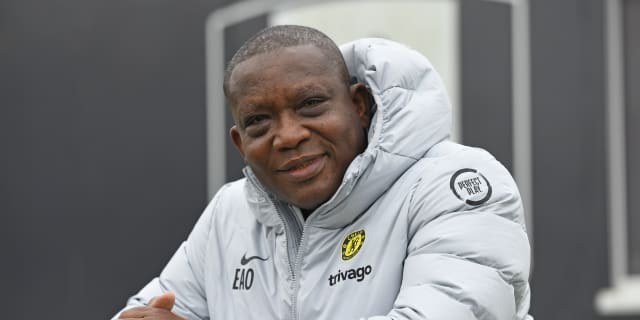 Chelsea have announced the death of one of their staff in the person of  Eric Asiedu.

Eric Asiedu worked as a kitman for the academy and was a popular figure at the Cobham training ground and he is well known by Chelsea youth product. He is fondly called “BOSS” by the players and other staff.

Chelsea released an official statement on their website to confirm the death of Eric Asiedu.

“It is with great sadness that Chelsea Football Club has learned of the passing of our colleague Eric Asiedu,” the club confirmed.

“Eric was a hugely popular figure at our Cobham training ground in his role as Academy kitman, always going about his work with an infectious smile and wonderful positivity. He will be sadly missed by us all and the pain of his sudden passing will be felt by many.

“Affectionately known as ‘boss’ by players and staff alike, Eric went above and beyond to develop strong relationships with those he worked with in the Under-18 age group. He was a caring mentor and confidant in the dressing room to players taking their first tentative steps into full-time football, while carrying out his daily duties in meticulous fashion.

“A humble and warm character, Eric joined Chelsea FC in April 2013, his presence and personality proving integral to the values of our Academy culture. He has been a constant on the sidelines during a great many of our youth team successes over the years.

“Eric’s passion for the job, the players he supported, and his love for Chelsea was evident for all to see and will be sorely missed. All at Chelsea send our deepest condolences to Eric’s family and friends at this most difficult time.”