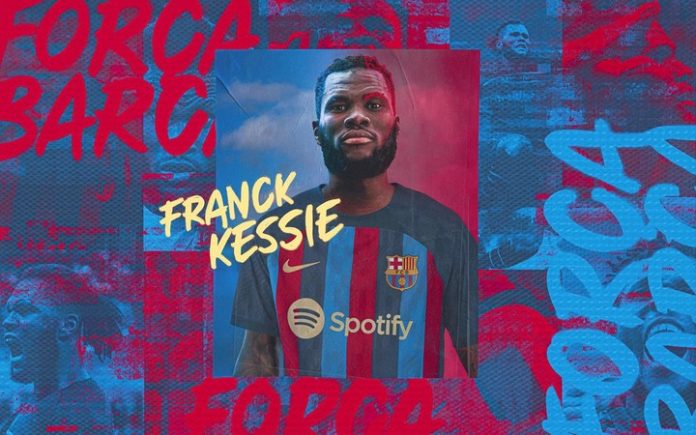 Barcelona has confirmed the signing of Franck Yannick Kessie on a free transfer. The Ivorian star signed a four years deal with the Blaugranas after his contract ended with AC Milan this summer.

Barcelona released an official statement on their website to announce the signing of Kessie on a free transfer.

“FC Barcelona and Franck Yannick Kessie have reached an agreement for the player to join Barça after the end of his contract with AC Milan. The player will sign a contract until 30 June 2026 and his buy out clause will be set at 500 million euros,” the club confirmed.

“On Wednesday 6 July Franck Yannick Kessie’s presentation as a new Barça player will take place. The presentation will be broadcast live on Barça TV+ around the world and can also be followed live on the FC Barcelona official digital channels.

“Franck Kessie is a player who contribute in attack and in defence. Capable of winning the ball back in midfield, the African midfielder also has impressive stats as a goalscorer, partly due to his ability to make runs into the penalty area.”