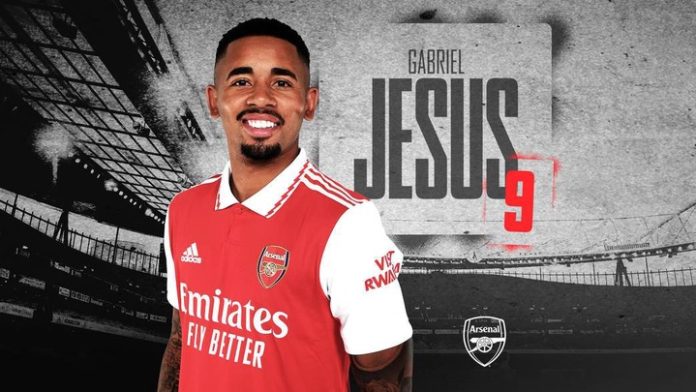 Arsenal has confirmed the signing of Brazil star Gabriel Jesus from English Premier League side Manchester City for a deal reportedly worth £45 million.

The Brazil international signed a five years contract with the Gunners and will linke up with his fellow Brazilians Gabriel Martinelli, Gabriel Magalhães, and newly signed Marquinhos.

Arsenal released an official statement on their website to confirm the signing of Gabriel Jesus from Manchester City.

“Gabriel Jesus has signed from Manchester City on a long-term contract. The 25-year-old forward joins us having established himself as one of the leading strikers in the Premier League in recent seasons. He scored 95 goals in 236 appearances in all competitions during his five seasons in Manchester,” the club confirmed.

“Gabriel will wear the number 9 shirt and will join up with the Gunners squad for pre-season training soon.

“Everyone at Arsenal welcomes Gabriel to the club. The transfer is subject to the completion of regulatory processes.”