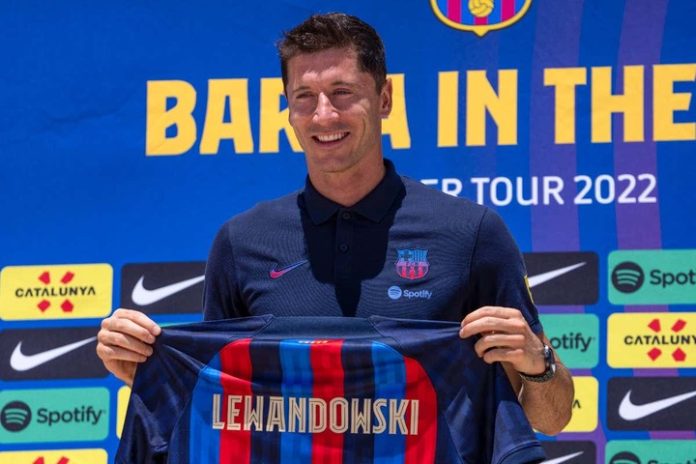 Barcelona has unveiled their summer signing Robert Lewandowski at the Camp Nou on Friday morning. The Polish striker was signed from German Bundesliga side Bayern Munich this summer and has featured for the Catalans in some of their pre-season games.

Lewandowski wore number 12 jersey in pre-season games he featured but the Catalans has confirmed the Polish striker’s official number for next season.

The former Borussia Dortmund striker will don the number 9 jersey at Barcelona come next. The number was previously worn by Memphis Depay who is being linked with a move away from the club due to the arrival of the Poland international.

Lewandowski was presented in from of the Barcelona fans at the Camp Nou with estimated 45,000 fan in attendance. The Polish striker is expected to make his La Liga debut next week when the League kick-offs.