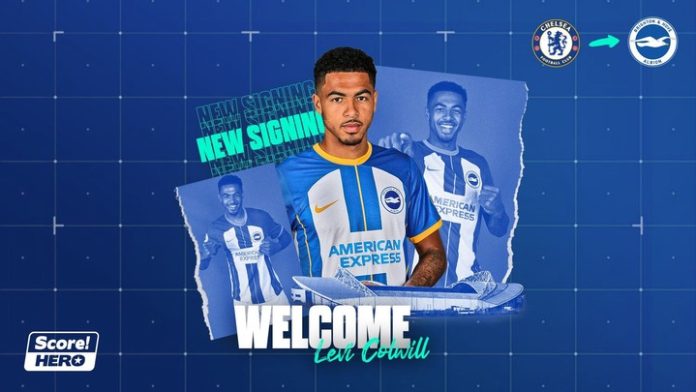 Chelsea defender Levi Colwill has joined English Premier League side Brighton on a season-long loan. The young defender is part of the deal that took Marc Cucurella to Chelsea but the Blues were not ready to let go of the young defender totally.

Brighton released an official statement to confirm the signing of Levi Colwill from Chelsea on a season-long loan.

“Levi Colwill has joined on a season-long loan from Chelsea. The England under-19 defender had a successful spell with Huddersfield Town last season and will now spend the new Premier League campaign with Albion,” the club confirmed.

“Levi has been with Chelsea since joining their under-9s squad over a decade ago and has come through the club’s academy. Last June he signed a new four-year Chelsea contract before his move to Huddersfield. He made 29 league appearances for the Terriers, helping them to a third-place finish in the Championship and to gain a place in an ultimately unsuccessful Championship Play-Off Final.

“Levi, who will be ineligible for the two games against parent club Chelsea this season, has also captained England at under-19 level.”