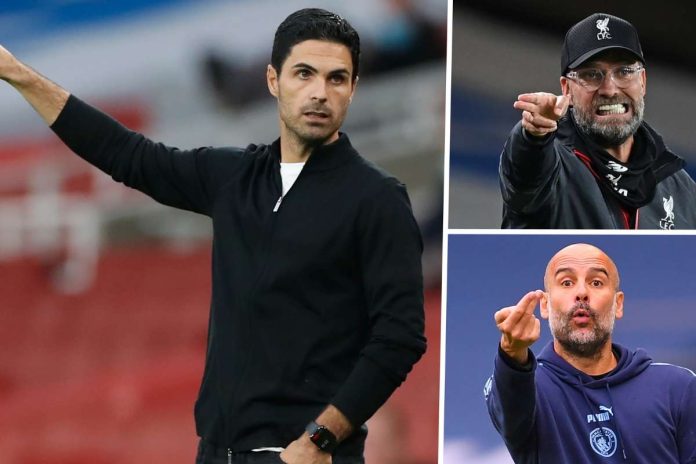 Arsenal manager Mikel Arteta has beaten the likes of Jurgen Klopp and Pep Guardiola to claim Barclays Manager of the Month for September 2021.

The former Manchester City assistant manager was under serious criticism after losing his first three-match in the 2021-22 Premier League season.

Arteta wins his first manager of the month award after a wonderful run in September, winning all three games.

Arsenal claimed a 1-0 victory over Norwich City, Burnley and capped it off with a North London derby triumph against Tottenham Hotspurs.

The Gunners manager beats Guardiola of Manchester City, Klopp of Liverpool, Graham Potter of Brighton and Dean Smith of Aston Villa to the award.

Here is what Arteta said after winning the award.
“It’s a great feeling, it means we went on a good run and won matches. But for me, it’s much more than that. It’s about the people involved, the people who work with me and how grateful I am to have them,” he said.