OFFICIAL: Ronaldo Wins Yet Another Award In England 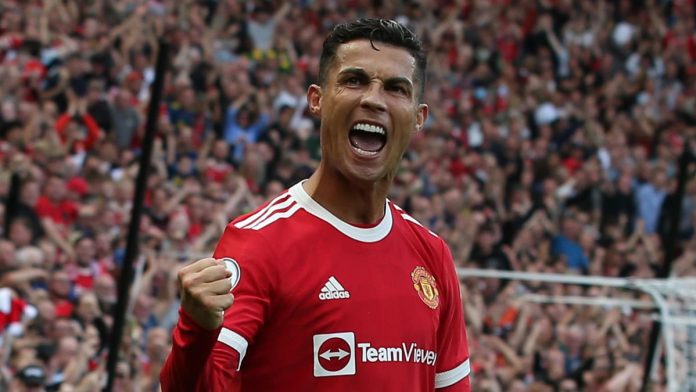 Manchester United star Cristiano Ronaldo has won yet another award since returning to England in the summer.

The English Premier League board named Ronaldo the EA SPORTS Player of the Month for September 2021 after scoring three goals in three games.

Ronaldo beats the likes of Joao Cancelo of Manchester City, Antonio Rudiger of Chelsea, Allan Saint-Maximin of Newcastle United, Mohamed Salah of Liverpool and Ismaila Sarr of Watford to the award.

The Manchester United star has now won five Player of the Month awards in England. He won four during his first six years at the club before joining Real Madrid in 2009.

Manchester United are currently fourth on the Premier League table with 14 points from seven games.