Messi Reveals Why He Joined PSG After Leaving Barca 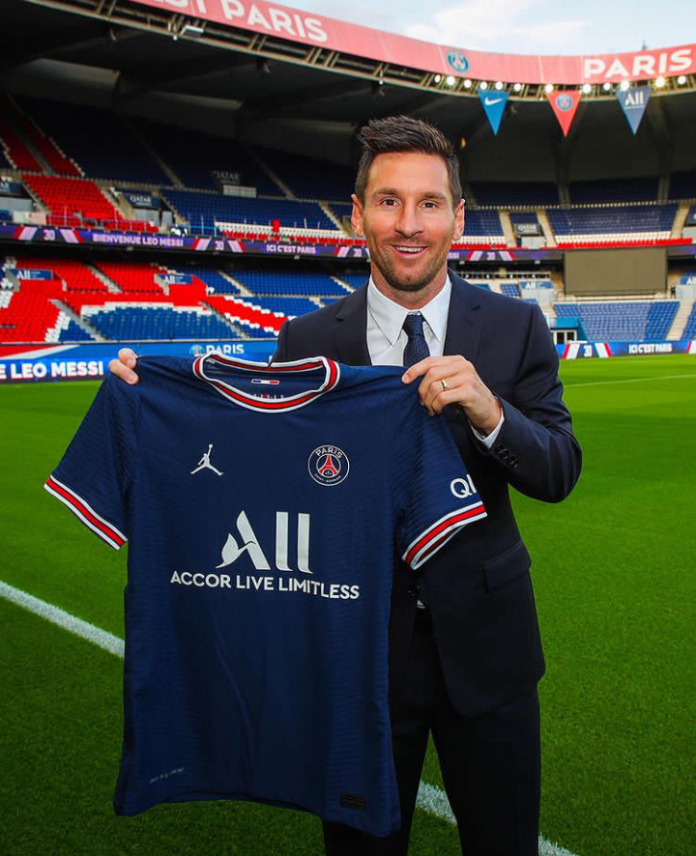 Lionel Messi completed his move to Paris Saint-Germain after leaving Barcelona a few days ago.

The French Ligue 1 side announced the signing of Messi yesterday with the Argentine signing two years deal.

During his first press conference as a PSG player, Messi revealed why he opted for a move to the Ligue 1 giants despite interest from top clubs after leaving Barcelona.

“Leaving Barcelona was so hard. But I’m so happy to join Paris Saint-Germain, an ambitious club with a top team. They’ve been so fast and serious in the negotiations immediately after Barça statement last Thursday,” he said.

The Argentine international now has the chance to reunite with former teammate Neymar Junior at PSG and also play alongside his fellow countrymen Leandro Paredes, Angel Di Maria and Mauro Icardi.