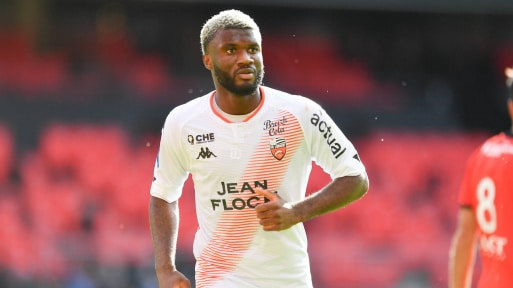 Nigerian striker, Terem Moffi has been in spectacular form this season for his European club FC Lorient. His amazing form has draw interest from European giants, Borussia Dortmund.

Moffi joined Lorient from Belgian side Kortjrik last summer and since then he has showcased his talent in the French Ligue 1.

He has scored 11 goals from 27 league appearances this season with nine of them coming this year.

According to reports in BVB Newsblog per Fussball transfers, the Bundesliga giants could sign the Nigerian striker this summer if a deal can be agreed between both clubs.

The 21-year-old striker is seen as a perfect replacement for Erling Haaland, who is linked with a move to top sides in Europe.

Moffi is also on the books of Super Eagles coach Gernot Rohr, as the young striker is yet to feature for the Nigerian national team.