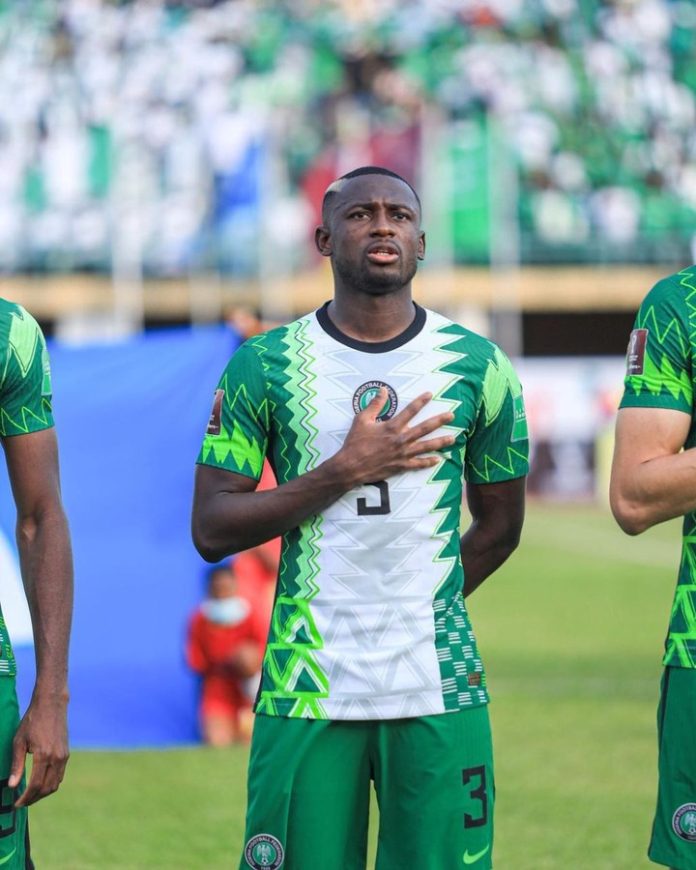 Super Eagles star Jamilu Collins has joined English side Cardiff City from German side SC Paderborn 07. He signed a two years deal with the Championship side.

Collins has 25 international caps for Nigeria to his name, and featured at this year’s Africa Cup of Nations held in Cameroon for the Super Eagles.

Cardiff City released an official statement on their website to confirm the signing of Jamilu Collins from SC Paderborn 07 for an undisclosed fee.

“The Bluebirds are delighted to confirm the signing of Nigerian international Jamilu Collins on a two-year deal commencing from July 1st, subject to clearance.

“The twenty-seven-year-old arrives in the Welsh capital from German side SC Paderborn 07, having made 137 appearances for the 2. Bundesliga outfit since September 2017.

“A versatile player, who most frequently features at left back, Collins has 25 international caps for Nigeria to his name, and featured at this year’s Africa Cup of Nations for the Super Eagles.

“Jamilu began his career with HNK Rijeka, and spent time with fellow Croatian clubs NK Pomorac, HNK Šibenik and Istra 1961 before making the move to Germany.”

Here is what Jamilu Collins said after signing for Cardiff City: “I’m really excited to be in Cardiff, and I can’t wait to get started. The Club has great history, and when I got the call to come to Cardiff, I was so excited, I couldn’t resist.

Facebook
Twitter
Pinterest
WhatsApp
Telegram
Previous articleOFFICIAL: Man Utd Striker To Leave At The End Of The Season
Next articleOFFICIAL: Chelsea Star Announce His Departure From The Club