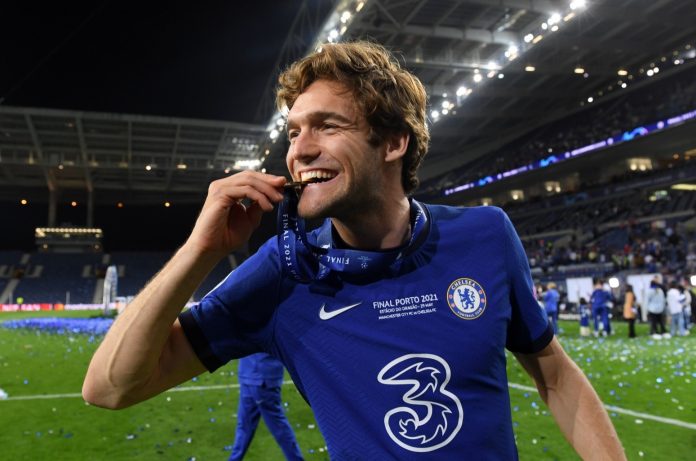 The Blues are hoping to strengthen their squad before 2021-22 Premier League season kicks off.

Hakimi’s possibility of joining Chelsea this summer depends on the Blues capability of offering more than Paris Saint-Germain.

The French club are also interested in signing the Moroccan international this summer but Chelsea are hoping to convince Inter Milan by offering Marcos Alonso plus £52 million, according to reports in Mail Online.

According to reports, the Nerazzurri are holding out a £60 million price tag for Hakimi but the inclusion of Alonso by Chelsea could tempt the Serie A side into letting the former Real Madrid defender leave.

Alonso is one of the players Inter have been monitoring for some time now and cash plus the Spanish international could be a bargain for the Nerazzuri.