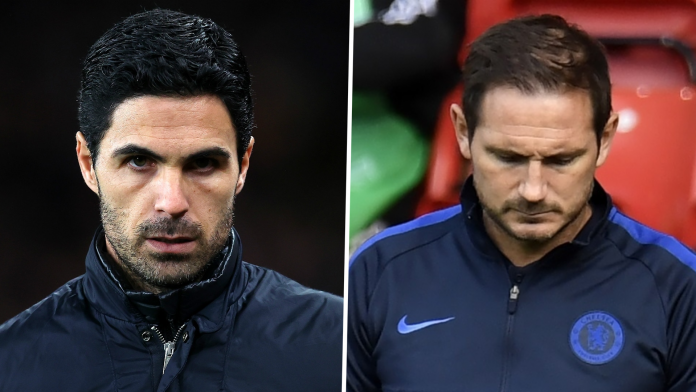 Chelsea manager, Frank Lampard is currently on the brink of being sacked by the Blues due to recent poor performance.

Lampard has failed to maximise the potentials at his disposal with his team languishing in 8th position on the Premier League table.

Despite being a rival, Arsenal boss Mikel Arteta has sent a positive message to Lampard as he wish him the best.

According to MetroUK, the Spanish manager claimed he is not laughing over Lampard’s present situation at Chelsea, as he also faced the same fate at Arsenal few months back.

‘We are competing with each other but we share a profession and we know the challenges of this profession. So I wish Frank the best.’

Chelsea face Luton Town in their next game in the FA Cup before taking on Wolverhampton Wanderers in the Premier League.