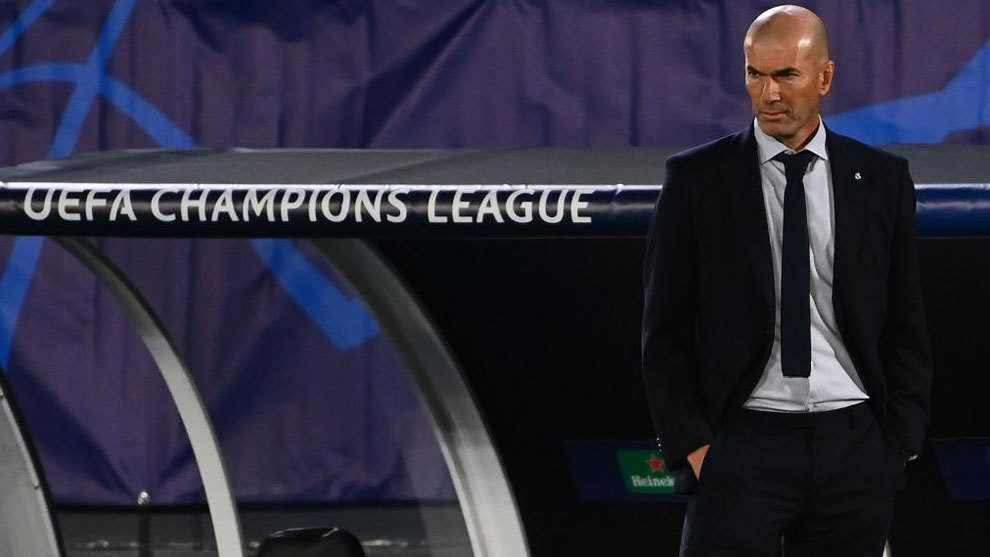 Real Madrid lost 3-2 at home to Shakhtar Donetsk in their Champions League opener on Wednesday night, with Los Blancos 3-0 down at half time, but Zinedine Zidane remains convinced that he is the right man in charge.

Questions have begun to hover over this Real Madrid team and, in particular, Zidane, with this defeat coming after an embarrassing 1-0 loss to newly-promoted Cadiz last weekend.

“I see myself capable of fixing this, that’s what I’m going to try,” Zidane said in his post-match interview. “And the players are going to try, too. We are going to look for the solution and we’re going to find it. Now we have to prepare for Saturday’s game [away to Barcelona].”

Understandably, the Frenchman was not happy with some of his players, although he admitted that he did feel bad for some of them.

“It’s a bad feeling [that we have after this result], of course,” Zidane stated. “It ended up being a mix of everything. We made a mistake leading up to the first goal and afterwards the truth is that we were missing a bit of confidence, a bit of action, a bit of everything in the first half.

“I am happy for the players who reacted and changed in the second half, because they don’t deserve such things. It was a bad game, a bad night. I’m the coach, I’m the one who needs to find a solution, and I’m not going to find it tonight.”

After the Cadiz result, Zidane was public in his criticism of their first-half display, yet it seems that it fell on deaf ears.

Nevertheless, he believes conceding first had a negative impact on his Real Madrid players.

“I am responsible and since the first half was negative, I have not done something right,” he noted.

“The first goal changed everything and [ultimately] cost us. But this [Champions League campaign] has just begun and we are not going to give up.”

Some Real Madrid fans are now fearing for the worst ahead of the Clasico at the Camp Nou on Saturday afternoon, but Zidane is calling for calm.

“I don’t respond to what people say,” Zidane said. “We will show up on Saturday at four o’clock in the afternoon and play. For us now, tranquillity.”