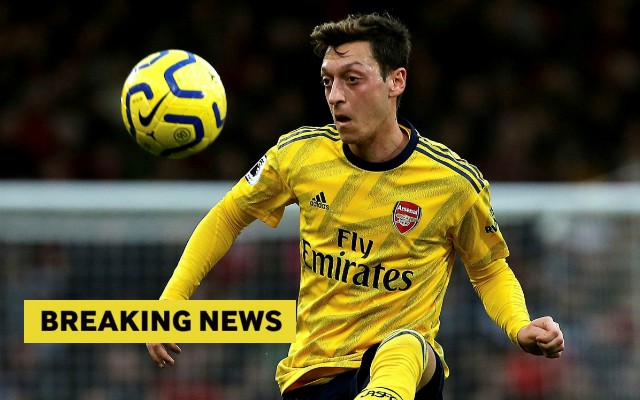 Arsenal manager, Mikel Arteta, has finally admitted that it was his decision to freeze Mesut Ozil out.

Ozil has not featured for the Gunners since March this year, when COVID-19 interrupted the football calendar.

The German playmaker has now been left out of Arteta’s 25-man squads for both the Europa League and the Premier League.

There have been many speculations about why Ozil might not play for Arsenal again.

Addressing the matter before Thursday’s Europa League game against Rapid Vienna, Arteta said: “What I can say from my side is it’s a football decision, that my conscience is very calm because I’ve been really fair with him. It is nothing related to any behaviour or, like I read, the pay cuts. It’s not true. It’s my decision, if someone has to blame me.

“My job is to get the best out of every player, to contribute to the team. Here I feel at the moment, that I have failed. I want the best possible Mesut for the team. In some moments I was able to get close to that, and at the moment I have not been able to.”