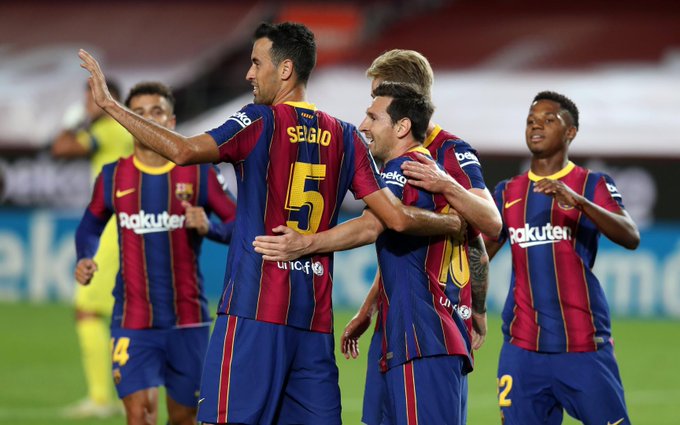 Barcelona are ready to face their biggest rivals Real Madrid in their next game in La Liga as they hope to get back to winning ways after losing their last league match against Getafe CF 1-0 at the Colesium.

Barcelona released a 23-man squad to face Los Blancos with three of their players missing from the list.

Marc-Andre ter Stegen is still not fit enough to get back into Barcelona team and he has been ruled out of the game alongside Matheus Fernandes and Samuel Umtiti.

Jordi Alba makes a stunning return to the squad after being ruled out since their game against Sevilla.