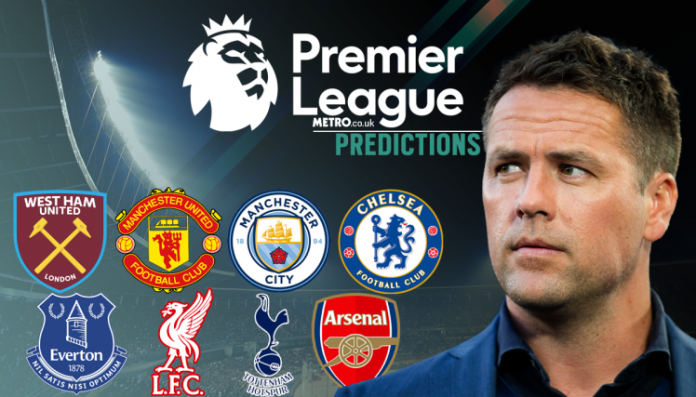 Arsenal are back in action in the English Premier League tonight, as they face Everton at the Emirates Stadium.

The Gunners will be without their two main strikers, Pierre-Emerick Aubameyang and Alexandre Lacazette as they face the Toffees at home. Both players are ruled out of the encounter due to injury.

The Gunners are coming from a 1-1 draw against London rivals Fulham in their last game, with Everton also playing 2-2 draw against another London side Tottenham.

Ahead of the crunch tie, former Liverpool and Real Madrid striker, Michael Owen dropped his prediction for the game.

Even with Mikel Arteta’s side struggles this season, the former England international went for a 2-1 win for the Gunners against Carlo Ancelotti’s men.

Ex-Arsenal star, Alex Iwobi will be facing his former side but it is yet to be confirmed if the Nigerian international will start against the Gunners tonight.

The time is scheduled to kick off by 8 pm Nigerian time.