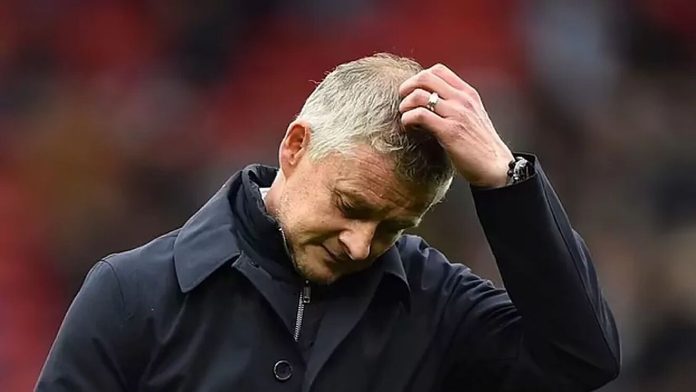 Man United have used a back three in their last three fixtures but are set to change to a back four at Watford.

Ole Gunnar Solskjaer has said Manchester United’s style of play should be the same irrespective of their formation.

After the City game, Solskjaer said United ‘have to come out against Watford like a proper hurt animal and get back to what we know we can be’. The Norwegian said ‘the result and performance against Tottenham was good but it’s not what we want to look like, to put it that way’.

The back three formation always seemed unsustainable with the surfeit of forwards United have in their squad, particularly after the additions of Jadon Sancho and Cristiano Ronaldo in the summer.

“The system is one thing; style is so much more important,” Solskjaer stressed. “That is on the front foot, passing forward, running forward, pressing high or dropping low so that you block off the goal.

“You can have the same style of play with different systems or formations, it’s the execution on how you approach the game and how we set about that style of play.

“Sometimes Man United has been with wide wingers, we’ve had center-forwards up there that have been targets for crosses, sometimes you have targets into feet. The main thing about it is that it’s an attacking way of playing football that we give the players a chance to express their talents within the framework that we play in and that we set.

“But we have worked the last few years on two different ways of the way we have set up, with a back three in the last two games and the majority of games have been 4-2-3-1 that we’ve had.

“But we’ve had to make some minor adjustments in the last few weeks because [of] some players in form, out of form or injured or suspended. “I always want to see a Man United team going on to the pitch trying to dominate and that’s what may be led me to say what I did after the City game. I don’t want to see my team hanging in there waiting, we’d rather be on the front foot and if a team is better than us then sometimes you have to accept that.”