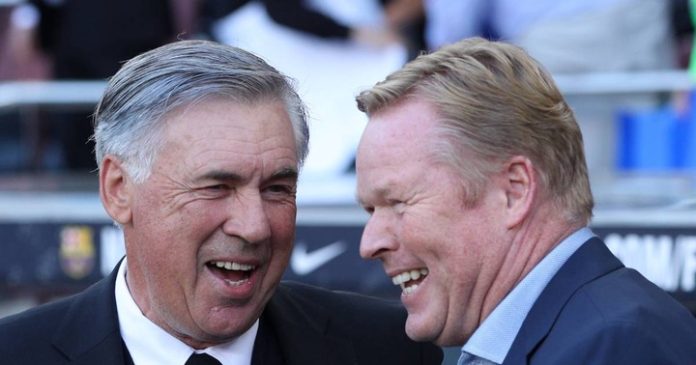 Former Everton manager, Ronald Koeman has been sacked by Barcelona after failing to win his last match against Rayo Vallecano in the Spanish La Liga on Wednesday evening.

The Dutchman side lost 1-0 to the Madrid-based club courtesy of a solitary strike from veteran striker Radamel Falcao in the first half of the game. The Catalans had a chance of leveling the scores from the penalty spot but Memphis Depay failed to convert it.

Barcelona released an official statement on their website to announce the sack of the former Everton and Valencia coach on Wednesday night.

“FC Barcelona has relieved Ronald Koeman of his duties as first team coach. The president of the club, Joan Laporta, informed him of the decision after the defeat against Rayo Vallecano. Ronald Koeman will say goodbye to the squad on Thursday at the Ciutat Esportiva,” the club stated.

“FC Barcelona wishes to thank him for his service to the Club and wishes him all the best in his professional career.

Who do you think should replace Koeman as next Barcelona coach?