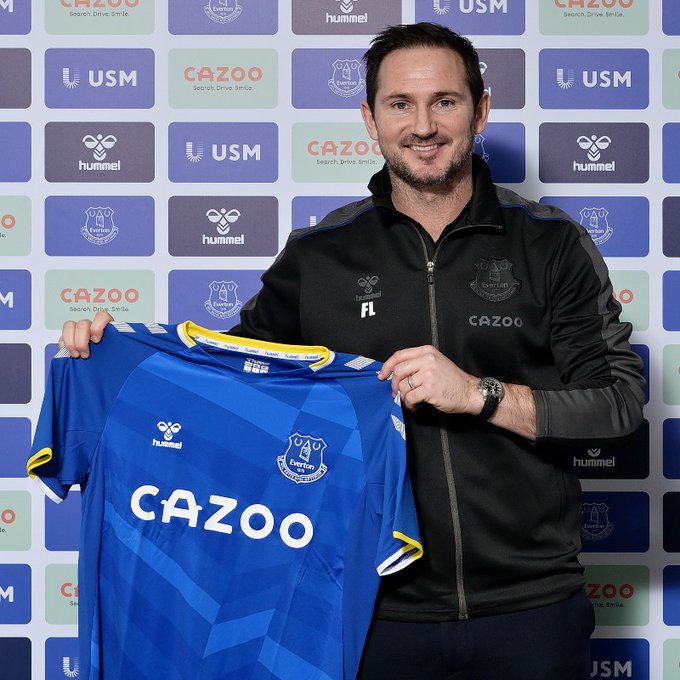 Former Chelsea and Derby County manager Frank Lampard has returned to the English Premier League after being appointed as Everton’s new coach. The Toffees were in need of a new boss after the parted ways with former Liverpool and Real Madrid manager Rafael Benitez.

Lampard was shortlisted alongside former Manchester United striker Wayne Rooney and also Vitor Pereira but the former Chelsea coach won the race to be the next Toffees boss.

Lampard began his coaching career with Championship side Derby County after doing great with the Rams he was named Chelsea manager but last one and the half season.

The former England international will now take over from Duncan Ferguson who have been taking charge of the job on interim basis.

Everton confirmed the appointment of Frank Lampard as their new manager with an official statement released on their club website on Saturday.

“Everton Football Club can confirm the appointment of Frank Lampard as the Club’s new manager. The former England midfielder has agreed a two-and-a-half-year contract – until June 2024 – and will take charge of the First Team for the FA Cup fourth-round tie against Brentford at Goodison Park on Saturday 5 February.

“The appointment of Lampard comes after a robust recruitment process with several candidates being interviewed by the Club’s majority shareholder and Board of Directors.”