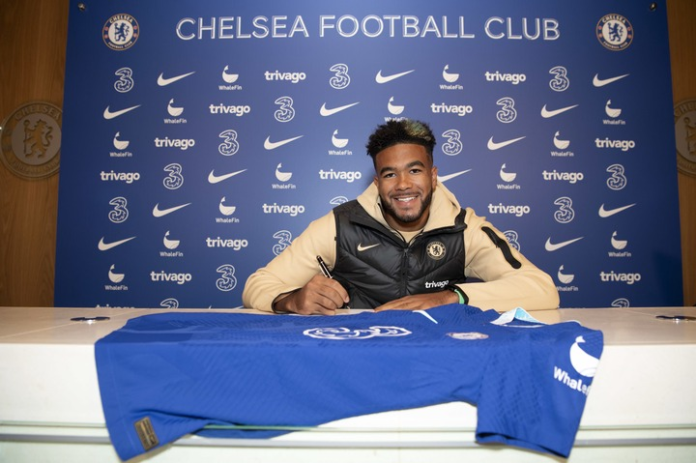 Chelsea defender Reece James has signed a new long-term contract with the Premier League side. The England international signed a six years deal with the Blues.

The young defender was linked with a move to Real Madrid but he has opted to stay at Stamford Bridge to put an end to all rumours linking him with a move to the Santiago Bernabeu.

Chelsea released an official statement on their website to announce James new contract.

“A Cobham graduate who first trained with us at the age of six, James has emerged as one of the best young players in the game. His skill, crossing ability, positioning and athleticism mean he is as comfortable in midfield or in a back three as he is at wing-back or full-back, and having now committed to the club until 2028, Blues fans can enjoy James’s prodigious talent for much, much longer.”

Here is what Reece James said after signing new deal with the Blues: ‘I am over the moon with my new contract and I’m thankful for the fans, the new ownership and everyone involved in the club. I cannot wait to see what the future holds, and I am sure we will have the chance of winning many trophies.

‘I grew up supporting this club and I’ve been here since I was a six-year-old. I put pen to paper on a new deal because this is the club I want to be at. I’d like to say a special thanks to the fans, I am here to stay and we have a bright future ahead of us.’