Guardiola Speaks On Rumours Linking Him With Barcelona Return 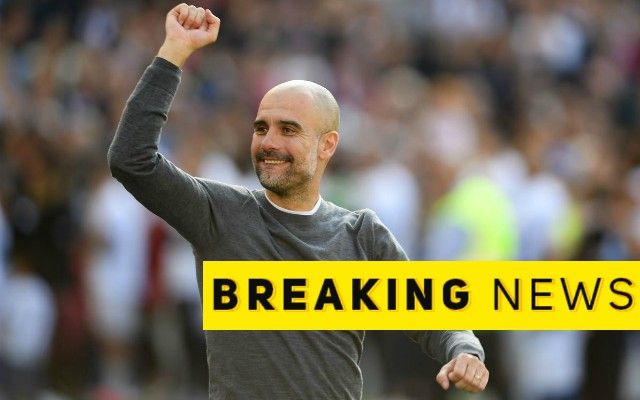 The Spanish manager was linked with a return to Barcelona this summer after the Blaugranas finished the just concluded season on a bad note.

Guardiola was seen by many Cules as the ideal manager to bring back the glory days of their darling club Barcelona.

The City manager enjoyed a successful spell during his time at the dugout at Camp Nou, winning 14 trophies.

Guardiola in an interview with Cadena SER confirmed that he won’t return to Barcelona as he’s happy at Manchester City and have a two years deal left on his contract with the Cityzens.

“I have a two-year contract at Manchester, I’m happy and so it will continue to be,” he said.

The Manchester City boss went further to hail Barcelona manager Ronald Koeman, as he claims the Dutchman is the ideal coach for the Catalans.

“Koeman is the ideal coach for next season, I am very happy and the president is convinced,” he added.

Guardiola missed out on the chance of winning the UEFA Champions League with City after losing in the finals against Premier League rivals Chelsea, with the European title being the only cup he is yet to win as a coach since leaving Barcelona nine years ago.